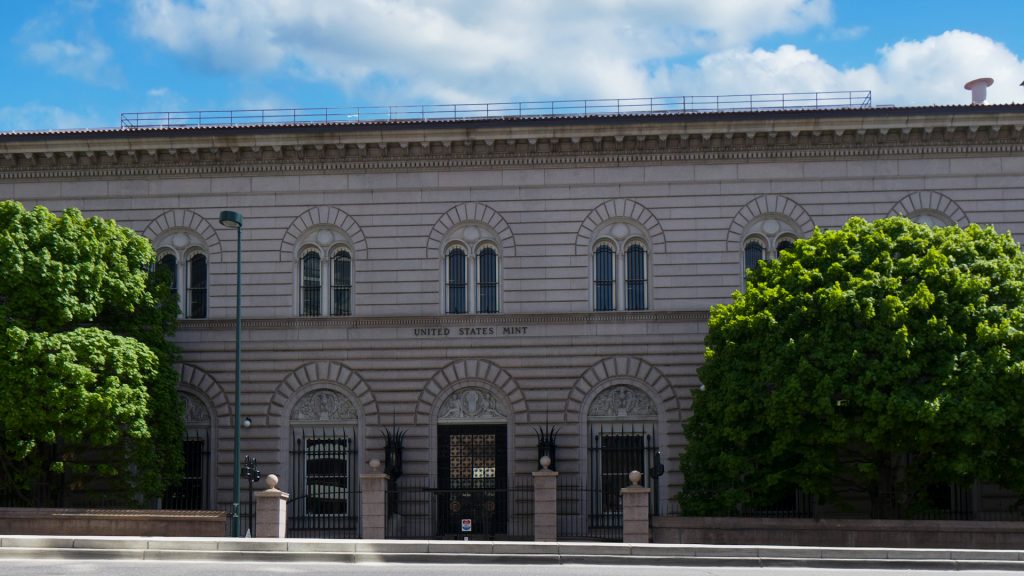 Denver treasures its historic building, which is one of Colorado’s oldest institutions. Refer to the Visiting the Denver Mint page for details regarding tour information.

Watch one of our videos below or check out our YouTube playlist.

History of the Denver Mint

The timeline below includes this facility’s important moments. Learn more about where the Denver Mint fits in the Mint’s story, at History of the U.S. Mint.

The city of Denver is founded four months later when miners and settlers flock to the area.

April 21 - Congress establishes a branch Mint in Denver exclusively for gold coinage. The government buys the building of Clark, Gruber & Company - a private mint located at 16th and Market Streets - for $25,000.

The Denver facility opens as an assay office. Miners bring their gold for melting, refining, assaying, and casting into bars.

February 20 - Congress converts the assay office back into a branch Mint and authorizes Denver to produce gold and silver coins. However, coin production doesn't start until 1906.

The Denver Mint moves to a second building on West Colfax Avenue, where it's still located today. The building is modeled after the Medici-Riccardi Palace in Florence, Italy.

The government purchased the site in 1896 for $60,000 and construction began two years later.

February - The Denver Mint starts producing coins. By the end of the year, it produces 2,132,250 gold and silver coins, valued at $17.9 million.

December 18 - Gangsters steal $200,000 in five-dollar notes from a truck parked outside the Mint, in what is known as the "Great Mint Robbery." At the time, the Denver Mint stored paper money for the Federal Reserve.

August 31 - The first of 20 shipments of gold bars (for a total of 57 million ounces) arrive from the San Francisco Mint for safekeeping.

Today, the Denver Mint stores 17.5% of the country's gold reserves.

February 1 - The National Park Service adds the Denver Mint to the National Register of Historic Places.

The Denver Mint produces 15.4 billion coins in fiscal year 2000, more coins than ever produced by a single U.S. Mint facility.