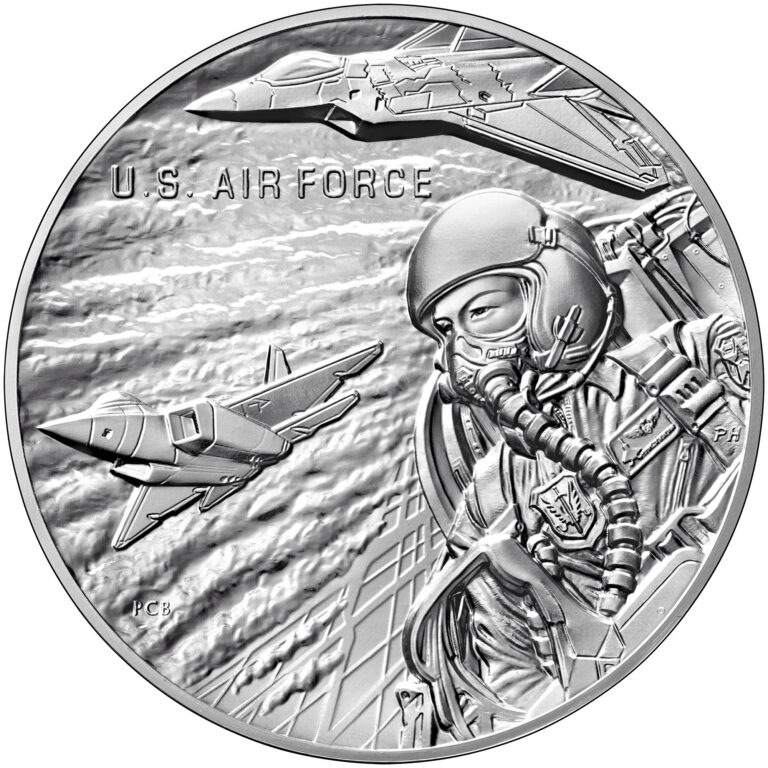 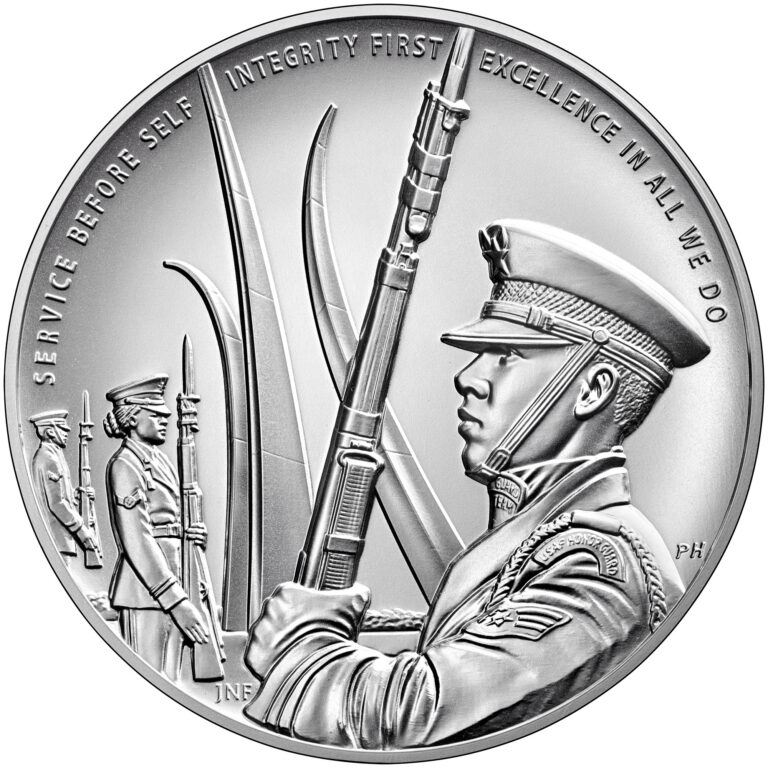 The U. S. Air Force can trace its origins back to 1907.  It officially became an independent branch of the United States Armed Forces with the passage of the National Security Act in 1947.

The obverse depicts a fighter jet pilot, flying alongside F-22 fighter jets with a stylized landscape below.

The reverse features a dynamic perspective of the three spires of the Air Force Memorial, with one of the spires piercing the border of the medal into the beyond. Surrounding the memorial are members of the U.S. Air Force Honor Guard in ceremonial assembly. The core values of the Air Force are inscribed around the border.